#Bitcoin , a story: Got into a recent debate about Bitcoin and Nano and thought I’d streamline my thought process here.

Bitcoin is like a Ford Model T. It’s a classic for a reason. It was the first car that really accomplished the ideas behind car ownership and for the first time people were able to see the need for everyone having a car. It’s wasn’t very practical, topped out at 45mph, but it did provide a few really important needs and allowed people to expand outside their immediate “distance” constraints.

Fast forward to 2021 and we have an entire infrastructure built out to be able to handle speeds on an average of 75+ mph across the country. New cars are enjoying these fast speeds allowing them to do even more and do it faster.

T owners look longingly at those highways but quickly choose to stay on their slow surface streets because driving that fast is “far too dangerous!” When offered a ride in a new car they aggressively decline saying new cars are trash that will kill everyone inside them, that they’re reckless and should be taken off the road. And in terms of a T, speeds that fast are dangerous. What T owners can’t understand, because they refuse to go for a ride in these new cars or even bother researching them, is that these new cars have a plethora of safety features that make these cars light years safer than the (Model) T’s Bitcoiners are familiar with. New cars have crumple zones and airbags, driver assist and automatic braking, wider wheels providing more stability and cruise control. ABS, power steering…the list is endless. And what they refuse to accept are these advancements allow these new cars to not only go faster, but also be safer than a T ever was. Instead of using their car daily for work or buying groceries or even grab a cup of coffee, they walk instead, only taking their T’s out on special occasions to show off to their friends about how long they’ve been able to hold onto their T’s, despite it no longer being useful in the modern age, while the rest of world continues to evolve and progress and move on without them.

Moral of the story: There’s nothing wrong w/ the Model T. It was revolutionary for its time and allowed society to propel itself into a new era of growth and commerce. But choosing to be stuck in a 100 year old mindset, attacking those around them for being “too dangerous” does nothing for the space that is chomping at the bit to evolve. 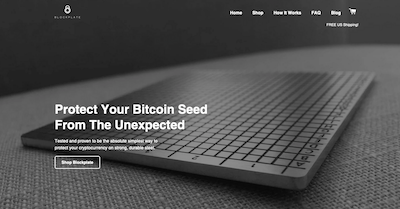 *Full disclosure, Blockplate provided me with a free Blockplate 12 for this review. My search for a seed phrase protector started last December (2020) w… 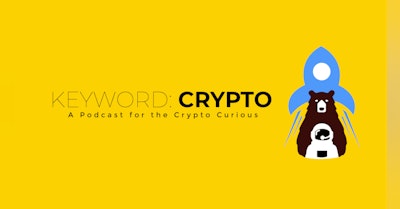 Hey everyone! First off, thank you for your continued support of the show. It means a lot that you keep listening and questioning and protecting your har…

Email has been submitted.